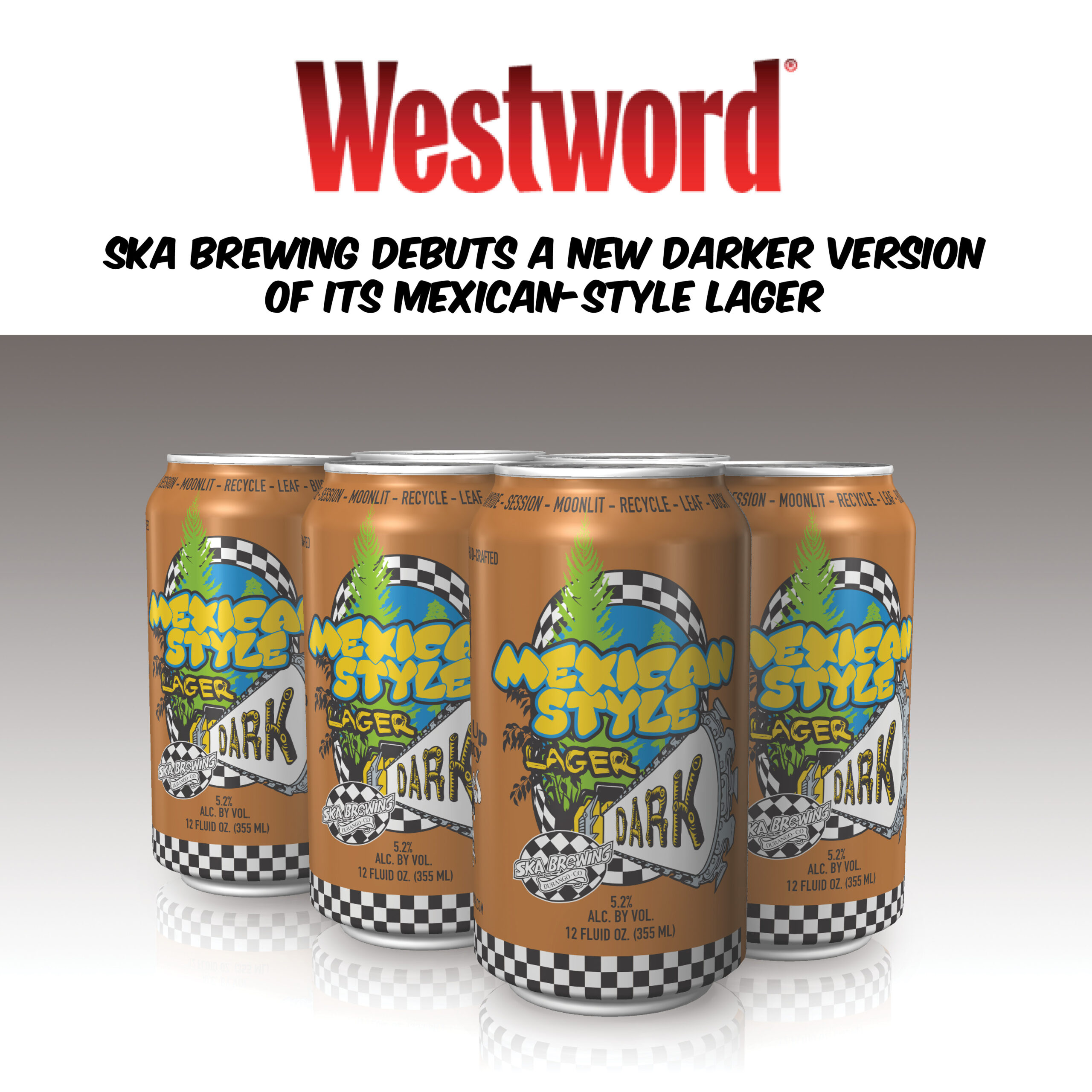 Springtime in Durango sees the snow starting to melt, the sun shining a little longer and thoughts of powder days turning to thoughts of river days. Spring also signals the return of Ska Brewing’s Mexican Logger, a seasonal favorite that only sticks around for the six warmer months of the year.

“People always ask us if we would make it year-round. But we like to end it in the fall because we like bringing it back again so much in the spring,” says brewery co-founder Dave Thibodeau. In fact, the annual return of this light lager has become a big deal in Durango. But the 5 percent ABV Mexican Logger is also highly anticipated by people around Colorado and in other states where it is distributed.

Now, Ska has something for its fans in the winter, as well. This week, Mexican Logger lovers will get a cold-season counterpart when the brewery debuts Mexican-Style Lager Dark, a new, darker version of the beer, with a slightly different name (kind of like the beers they are based on, Modelo Especial and Modelo Negra).

Mexican-Style Lager Dark uses the same yeast strain (which Ska gets in Mexico City) and the same hops (Saaz, Tettnang and Cascade) as regular Mexican Logger, but a different malt, Carafa III, which adds color and a touch of a toastier, subtly sweet character. “We wanted it to be as drinkable as our regular Mexican lager. But we needed to give it a little bit of something because it is a winter beer,” Thibodeau says. “It’s still really smooth, though. It’s going to be one of my favorite beers.”

Ska has been testing versions of the beer for three years, but one of its brewers finally nailed down a recipe that struck a chord in early 2020. The timing was also right, but for a strange reason: Because larger craft breweries like Ska have faced slowing growth over the past three years, they now have more space in their fermentation tanks. That space is needed for lagers, which take twice as long to brew as ales like IPAs and stouts.

In addition, since Ska couldn’t sell much kegged beer in 2020 because most bars and restaurants were closed or partially closed due to the pandemic, the brewery increased its efficiency at packaging beer in cans.

One quirky thing about the Mexican-Style Lager Dark is that the name is different from its summer counterpart, Mexican Logger (a play on words; the logo depicts a logger’s chainsaw). The federal Alcohol and Tobacco Tax and Trade Bureau, which regulates beer names, had an issue this time around with the word “Mexican” by itself since the beer isn’t brewed in Mexico, asking Ska to change it to “Mexican-style.” It also had problems with the size of the lettering, so Ska decided to call it Mexican-Style Lager rather than Mexican Logger.

Most Mexican lagers today are descendants of Austrian lager styles that were brought to Mexico in the 1800s by European imperialists. One of the primary differences is that the Mexican lagers are brewed with corn as part of the grain bill, since that was a more readily available ingredient.

Although Ska made its name on its flagship IPA, Modus Hoperandi, and other ales, the brewery has more recently become known for its popular and award-winning lagers, including Mexican Logger, Oktoberfest and Rue B. Soho Grapefruit Lager.

“Our brewery has gotten really good with lagers. I drink a lot of them, and our staff likes clean, crisp beers. So expanding on what we’ve learned is a natural evolution of where we are going,” Thibodeau says, adding that since the four seasons play such a big role in Colorado activities, he’s hoping that the beer makes a big splash.