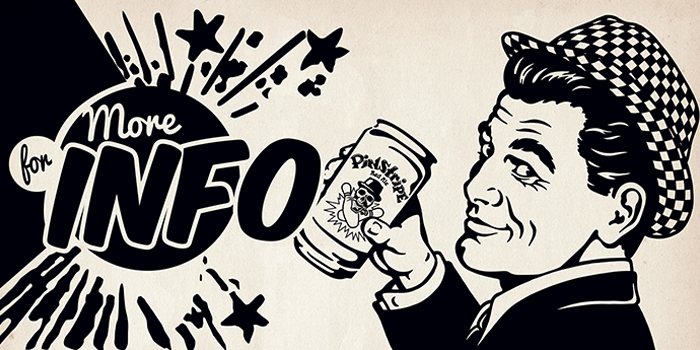 The Faces of Ska Brewery

The difference between the faceless machinations of a corporate beverage conglomerate and a small craft brewer like Ska (besides of course the beer) is the people. Ska Brewing tends to collect some of the best from all around.

Bill began homebrewing as a high school student in 1985, back when it was illegal for high school students to buy beer. Still an avid beer lover but not yet 21, he continued to pursue his passion through college. After graduating from the University of Colorado in 1992, having earned Bachelor’s degrees in both Business and Journalism, he decided to combine his passion to brew great beer with his need to make a living. He and Dave formed Ska Brewing and Bill’s been working at the brewery since day one, overseeing all facets of brewing from the mighty mountain of Operations.

Dave has the title of President because he lost a coin toss. After graduating from Metropolitan State College in Denver, CO in 1993, Dave decided that beer and Durango were much more important than the Fox television station that he was interning at. With long time friend and fellow homebrewer, Bill Graham, he started Ska in a small corner unit of a warehouse in Durango. Dave has been there since the brewery began and handles marketing, sales, P.R. and all the various Presidential duties required of his title. Duties including but not limited to boat christenings, baby christenings, bike christenings, dog-walking, snowboard conditions testing, and status reports.

Matt was already a craft brewer when he met Bill and Dave back in 1994. All three being avid homebrewers, it was only a matter of minutes before they met. They formed a friendship immediately over brew-secrets and B&E plans. That night they snuck into Durango Brewing to try Matt’s first solo recipe, Durango Rye, and decided to “borrow” some yeast for the next day’s collaborative homebrew. Not long after, Dave and Bill kidnapped Matt and got him drunk enough to sign a life-long contract on a napkin.

Arlo has been with the Ska Brewing Co. for a while. He has done everything from sticking postage stamp-style labels on bottles with a sponge, to running the old Meheen bottling line. Now he is our national sales manager and international events coordinator. No event is too small or big for this guy. He is the self-proclaimed “nucleus of the company.” He also might be the 4th cousin, twice removed, of NFL Place Kicker Martin Grammatica.

When Kristen joined the Ska Brew Crew, she was told, “We want you to get us better organized. But make it look like we’re not all that organized.” You can thank her for our “unorganized” organizational skills.