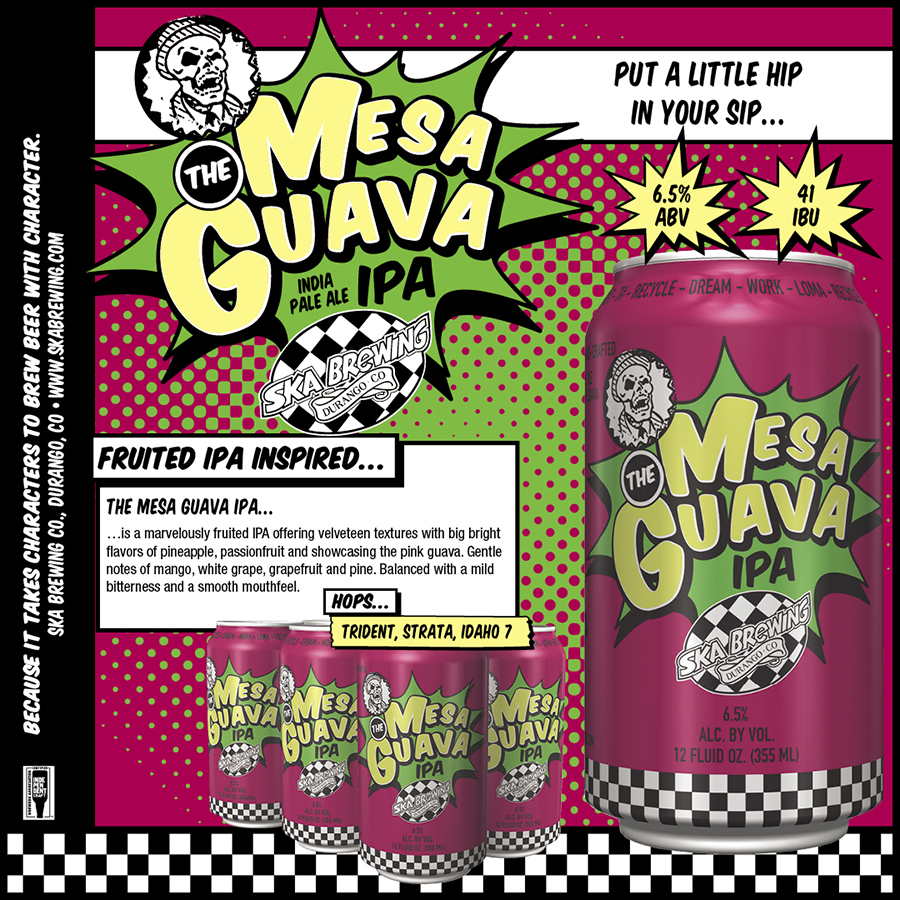 DURANGO, CO— Ska Brewing will bring the Southwest-inspired flavors of its Mesa Guava IPA to all of its distribution states this week.

Mesa Guava IPA first debuted as a limited batch in cans in Colorado, New Mexico, and Arizona earlier this year. Now it’s back due to popular demand, joining the year-round portfolio and hitting all of Ska’s markets.

This new IPA was born through a brainstorm with Whole Foods. Fitting for both its Central American roots from which ska music originates and its compatibility with hop-forward flavors, guava was selected as this IPA’s key ingredient. Bold notes of Trident, Strata, and Idaho 7 hops meet tropical undertones in this balanced, medium-bodied beer.

“The fruit reinforces this beer’s sense of place at Ska and in the Southwest,” says Ska Brewing Co-Founder and CEO Dave Thibodeau. “Follow the mesa country to where the fruit originated from, and you’ll find the cultural inspiration for Ska Brewing.”

“I’ve been wanting to do something with guava as long as I’ve lived in the Southwest,” adds Kristen Muraro, Ska’s Sales and Marketing Director and 20+ year Durango local. “I’m excited, too, because this beer will be the first to join Ska’s year-round canned beer portfolio since the release of Double Hazy IPA cans earlier in spring.”

Mesa Guava IPA debuts at Ska’s World Headquarters in Durango on Friday, September 10. It will be available in 6-packs in all eleven of Ska’s distribution states on a year-round basis.