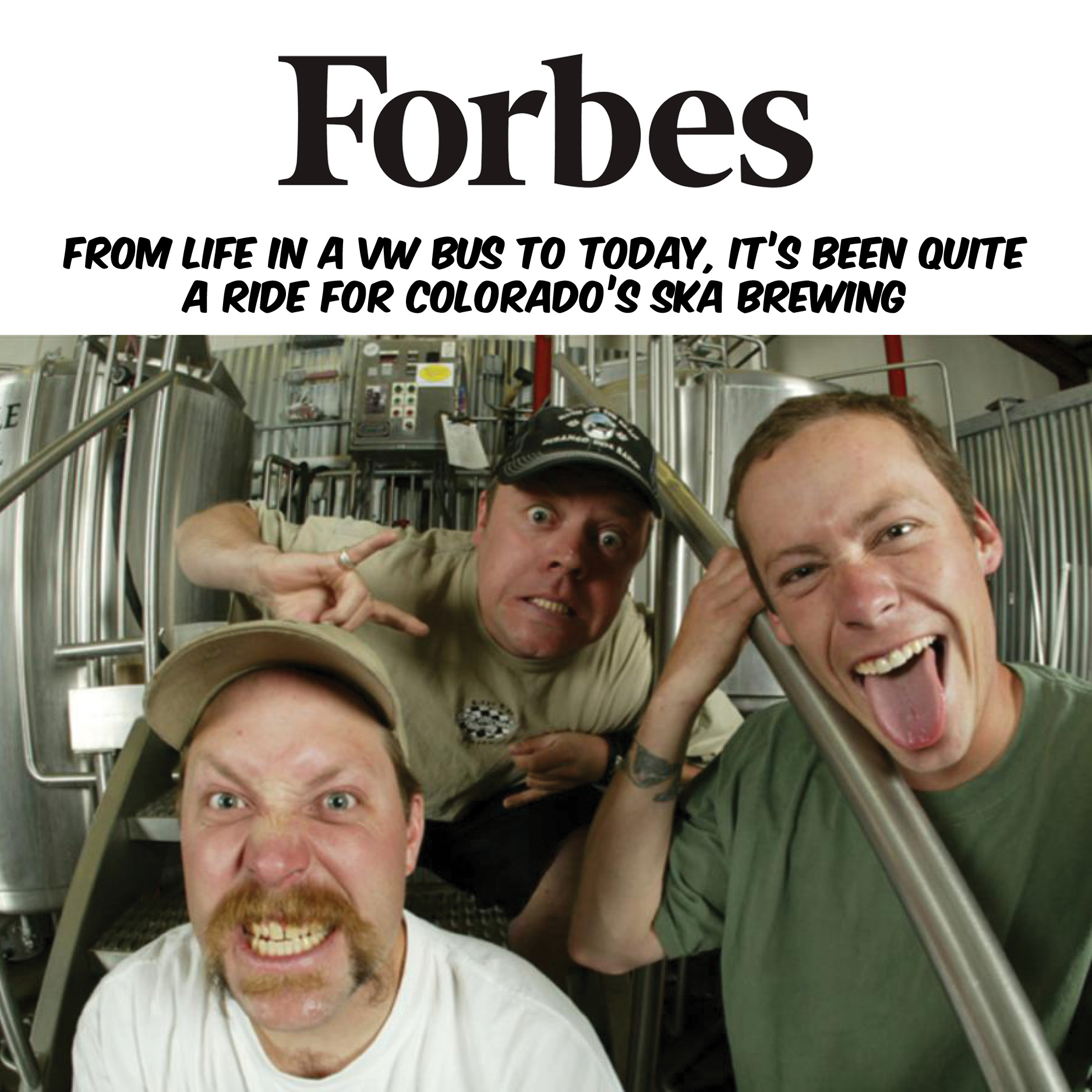 Living in a Volkswagen bus 25 years ago, Dave Thibodeau didn’t envision his life today as CEO of a Colorado craft brewery.

“We were pretty young and really didn’t have much foresight,” recalls the co-founder of Durango-based Ska Brewing. “I lived out of my Volkswagen bus which, at the time, wasn’t as cool as it is now. It was actually pretty desperate, and I remember our goal was to make enough beer to attend festivals as a brewer.”

Making enough beer enabled Thibodeau and Ska co-founder Bill Graham to get into beer festivals without paying and stay in a hotel room in exchange for donating kegs. “Generally, hotel rooms were nicer than my car,” Thibodeau says.

During those days, the two men were heavily into ska music, comic books and, of course, beer. Their lack of foresight may have been a blessing.

“In lieu of a well-thought-out business plan, we simply went with our passions,” Thibodeau says. “There was a degree of authenticity that is really difficult to replicate and sets us apart. There is no doubt that everything we do comes from the heart — from the quality of our beers to our marketing and involvement in the community.”

That community, Durango, is an isolated, small city in the San Juan Mountains near the Utah, Arizona and New Mexico borders, nearly 400 miles southwest of Denver.

The isolation created challenges that had to be overcome, but it also was a reason for the brewery’s startup.

“I think the pros of making and drinking beer hours from the nearest freeway in an isolated mountain town with a river running through it outweigh the cons,” Thibodeau says. “It’s as easy to have a meeting on a mountain bike as in a conference room or a Zoom call.”

Ska Brewing, though, didn’t follow that formula earlier this year when it and sister company, Peach Street Distillers, opened Ska Street Brewstilleryacross the state in Boulder. Yes, Boulder is a mountain town but certainly not isolated — a 30-minute drive from Denver and an hour’s drive to Colorado’s fourth-largest city, Fort Collins.

The Ska Street Brewstillery includes a restaurant, a 10-barrel brewing system, 30 taps with Ska beers and a 450-liter still.

Why did Ska Brewing expand to Boulder, a bustling city that already has about 30 other breweries and distilleries?

“Bill Graham and I grew up just down the road in the shadow of Coors (the Coors Brewing Companyin Golden, Colorado),” Thibodeau says. “He got his degree from the (Boulder-based) University of Colorado, and we spent some very memorable time in Boulder and have family in Colorado’s Front Range,” he says. “We obviously love Colorado’s smaller mountain towns, so, when we knew we wanted a physical presence in the Front Range, it had to be Boulder. It’s a larger, more populated version of Durango.

“Our Ska COO and our Peach Street national sales director spent years in Boulder working at Avery Brewing,” Thibodeau adds. “It was clearly in the stars. Boulder is a great community, and the beauty of brewing is that it’s more of a co-opetition culture than straight-up competition. And, with the uniqueness of our operation, competition hasn’t been a big concern.”

Ska Brewing considers itself a champion of canned beers, because it put beer in cans 17 years ago, when nearly all craft breweries were strictly bottling their brews.

“Aside from a couple of contract brewers, Oskar Blues was the first craft brewer — in November 2002 — to actually brew and can its own beer,” Thibodeau says. “We started canning in March 2003. The early trials and tribulations that we went through make for some great late-night beer stories!”

“People were not seeing the advantage that cans have over bottles back then,” Vincent recalls. “With all the outdoor activities in Durango, cans made logical sense to us. We stuck with it and, in 2012, launched a separate business, Ska Fabricating, specializing in designing small canning equipment for breweries. It helped us solidify that cans are here to stay, and they are a perfect vessel for craft beer.”

Ska Fabricating, the Brewstillery and Peach Street Distillers, which is based in Palisade, Colorado, are key components of Ska Brewing’s growth initiatives. But the company understandably didn’t envision a coronavirus pandemic to emerge and put a wrench in its business plans.

“The pandemic, at least for the moment, has been trying to quash our dreams,” Thibodeau says. “We opened the Brewstillery for one hour and 11 minutes before restaurants were shut down. We’re open now at limited capacity, and things are going great. Long-term, we’re confident this was the right thing to do.”

The coronavirus pandemic eliminated a lot of revenue, though.

“On our wholesale side, we lost nearly half of our revenue in one fell swoop when bars and restaurants closed,” Thibodeau says. “That was, and is, really scary, but it enabled us to focus on efficiencies in a sharper manner than before. Sometimes you get into a pattern of spend, spend, spend, and, suddenly, we had to cut all expenses and dig deep into our priorities. That needs to happen every now and then. Unfortunately, it took an apocalyptic event to make us think about it!”

The pandemic caused Ska Brewing’s tasting room and pub in Durango to shift to on-line ordering and curbside pick-up.

“That has actually been pretty fun,” Thibodeau says. “There’s an electronic conveyor belt coming out of our kitchen straight into the parking lot for a no-touch pick-up option, and we expanded our outdoor beer garden.”

Some of the new policies may become long-term.

“I think we’ll take some of the things we’ve learned and implemented, such as table service and online ordering, and keep them in place when a bit of normalcy returns,” Thibodeau says. “We’re also a more fluid business now. We’ve learned to adapt quickly, and I think that will lead to some exciting and constant evolution moving forward.”