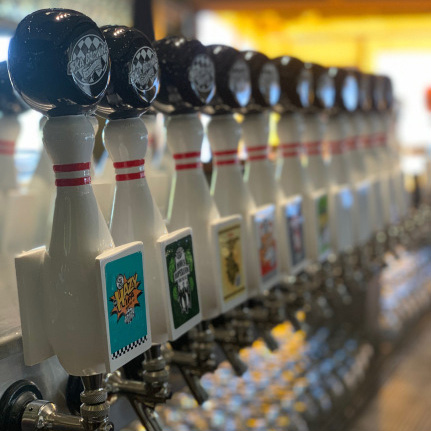 Drinking with Doug: Ska Street Brewstillery crafts what could be Boulder’s next top hangout spot

From hard seltzers to homegrown spirits and its signature beer, Ska also features a diverse menu

Back when I was an IPA freak, my go-to beer for a spell came not from Boulder County but from the other side of the state, in Durango. Ska Brewing called its flagship IPA Modus Hoperandi, and I savored that hop-packed elixir in the forest-green can after work, beside campfires, while gardening — any of the usual times I desired a cold one.

Now, more than a decade after I slugged back my first gulp of Modus Hoperandi, Ska Brewing is coming to Boulder, filling the space on east Arapahoe Avenue where Fate Brewing poured pints until it shuttered last year.

This is great news for beer lovers. And it gets better. The new operation is called Ska Street Brewstillery, meaning it’s a combo-platter brewery and distillery. The owners of Ska also own the oldest independent distillery in the state, Peach Street Distillers in Palisade, which crafts exquisite brandies (close readers of Drinking With Doug understand I am a brandy fanatic) as well as bourbon, rye, vodka and other spirits. The team is putting it all under one roof for the first time, in Boulder. It opens on Monday.

I visited the space last week, and sipped a little brandy and a righteous bloody mary. If you spent time at Fate before its closing, and appreciated the huge island bar with the gazillion taps, Ska Street will not disappoint. The team kept in place the bar, which now has 30 taps. Black-and-white cartoon art decorates the operation, which maintains Ska’s aesthetic vibe. The interior is winning.

I think Ska Street has the potential — emphasis on wait-and-see — to become a Boulder hangout. The Durango beer is first-rate, and the Boulder brewery will experiment with a wide range of different beers; the local brewing operation will evolve, based in part on what Boulderites desire, while beers brewed in Durango will also get tapped. The team takes distilling seriously. And the space invites.

But it’s not just the foundational things — the reverence for brewing and distilling, and the real estate — that gives me hope. It’s also the dining menu. The non-beer and non-spirits drinks options. And the commitment to Boulder’s DNA — the outdoors.

“Our brewer (Damon Scott) will be out on the floor buying beers for people, sharing them, talking about them. People at our brewery in Durango are treated like they are part of our family, and we hope that transfers directly to Boulder,” said Ska Brewing and Peach Street Distillers co-founder Dave Thibodeau, who grew up along the Front Range. “We hope people go there because they are comfortable, it’s fun, they know everybody and everybody knows them.”

Consider the list of adult beverages. It’s not just beer, which many Boulderites shun due to gluten. Other breweries gain licenses to serve spirits, but Ska Street is the only one in Colorado that crafts its own spirits, so it’s got homegrown spirits, too. But Ska Brewing also makes a line of hard seltzers, in flavors of black raspberry, hibiscus lime and blood orange, which will be on tap at the brewstillery.

In addition, one of the partners owns Oh Hi, a Durango company that makes THC-infused seltzers. The weed drinks won’t be on tap at Ska Street (sad!), but Oh Hi also makes a CBD-infused, booze-free seltzer, which bartenders will pour into glasses from behind that enormous bar.

The wines come from from Carboy Winery in Littleton, which among other things sells wines in growlers, poured from taps, from its tasting rooms in Denver, Littleton and Breckenridge. Carboy also sells kegged wine, which Ska Street will offer, as well as some bottled options.

And then there is the menu. Ska’s founding partners are vegans. They also are successful restaurateurs, who understand an all-vegan menu is a tough sell. And they are hospitalitarians, meaning one of their goals is to make everybody smile.

Brunch breakfast burritos? Of course — with the option for scrambled tofu rather than eggs for the filling. Subbing-out plant-based proteins for meat is an option for many dishes, like the brisket hash with arugula, poached eggs and herbed hollandaise. Instead of brisket, diners can choose tempeh.

I find that when key players in a restaurant are vegetarians or vegans, the non-meat menu improves enormously. No more, “Here’s your cheerless plate of noodles, with some sauce on top,” “Enjoy your salad!” or “How about our half-assed portobello burger?” Instead, we have things like “The Dave,” and thoughtful options for swapping-out proteins scattered across the menu.

Between the range of adult beverages, which offer something for everybody, and the hospitable menu, Ska Street is off to a solid start. Service, as always, will be essential — for me, that’s the “wait and see” part of the equation. Everything else might sing, but if the service is off-key it will flop.

It’s a big operation — Thibodeau said when they first opened Ska 25 years ago it was just him and his partner. A year later they hired somebody else. It’s been that way since the beginning — an employee added here and there.

Finally, the outdoors emphasis is another way in which the brewstillery might win over Boulderites.

“Our national accounts manager lives in Boulder, and is a triathlete. We all are trail runners, mountain bikers, cyclists. For us, it’s all about trails,” said Thibodeau. “Down here, in Durango, our love of the outdoors is obvious. Our name is on every race. We hope to do the same thing in Boulder.”